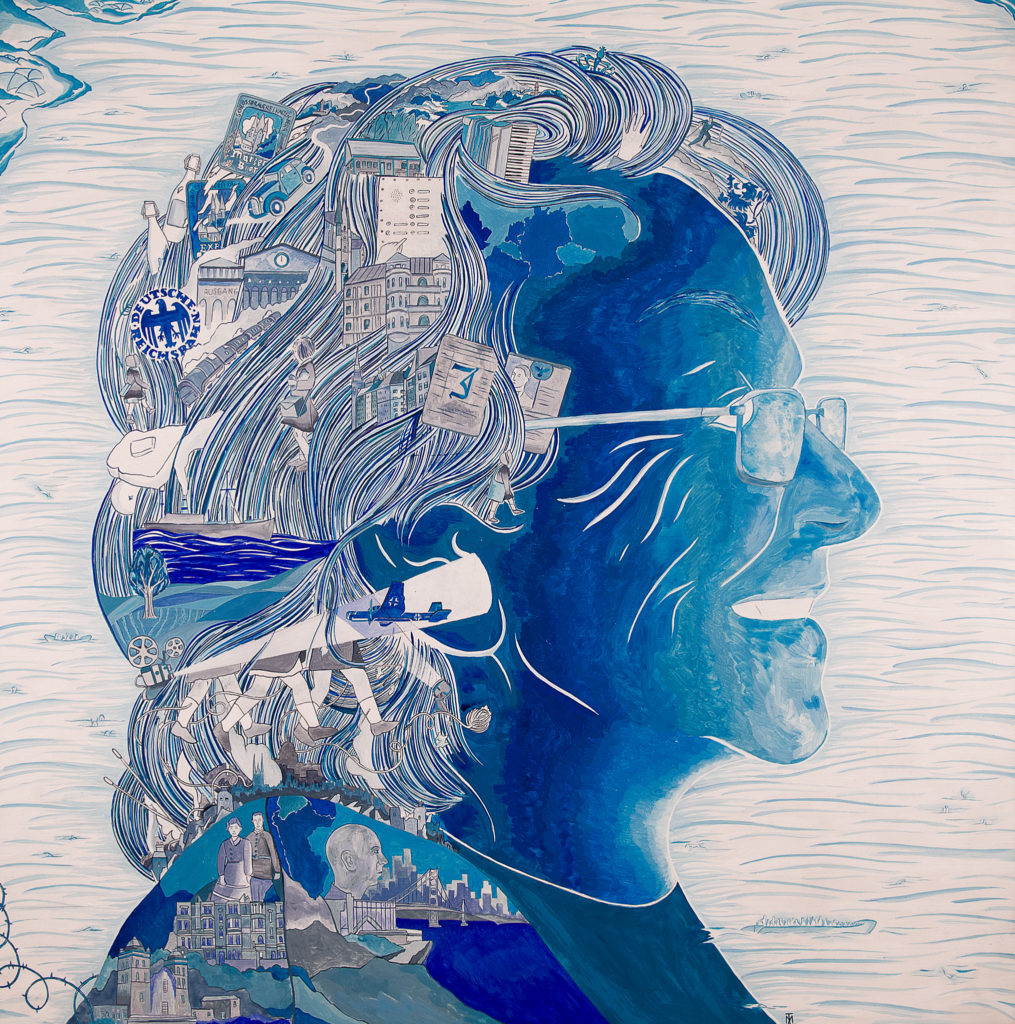 From November 2018 to March 2019, artist Tom Berry came into the Jewish Museum as our artist-in-residence for the ‘Remembering the Kindertransport: 80 Years On’ exhibition. Tom created a portrait based on his encounter with Bea Green, her son Paul Green, and the current refugee crisis. Bea was one of the Kinder featured in the exhibition. Click here to visit Tom’s website to learn more about his work.

The portrait has now been added to the Jewish Museum’s collection. Read Tom’s blog post below to learn about his meeting with Bea and the story behind the portrait: 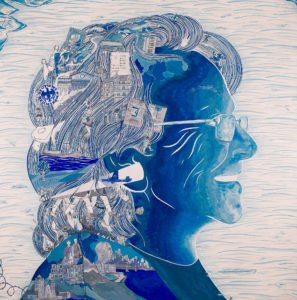 This piece marks 80 years since the Kindertransport took place, and is based on my meeting with Bea Green and her son Paul, alongside reflections on the current refugee crisis. The tone is bittersweet – I don’t like to make pictures that are based solely in horror and suffering, and in spite of her treatment in 1930’s Germany Bea has led a miraculous and (I get the impression) happy life. Her family were incredibly defiant, clever, and lucky to survive Nazi rule.

I wanted to emphasise that refugees are not by default the most marginalised people and it is important to remember that even the most established can be victims of persecution when political balance changes; Bea is utterly Bavarian as well as Jewish in upbringing – her father had been a lawyer to the Bavarian Royal family, and many of the breweries around which Octoberfest is now celebrated were Jewish, so to consider Bea and her family somehow separate from society before Hitler took power is inaccurate. She was German and was denied this nationality. 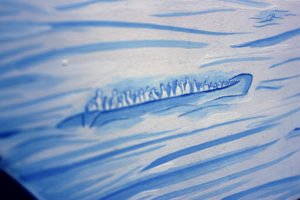 The top part of Bea’s silhouette covers her early life; The Munich apartment where she lived, reachable by intercom and a short walk from Hitlers own apartment. The families Bavarian country home, and brand new Opel Olympia (built to mark the 1936 German Olympics). This way of life collapsing is depicted in the broken brewery bottles – Bea’s brother Peter briefly worked at a Brewery after academic studies became impossible and was subsequently aryanised. Of course the broken glass also refers to Kristallnacht.

The middle section shows Bea’s departure from Munich on the midnight train to Frankfurt, generous parcels of bread and butter she received as she passed through Holland, and arrival in a summertime England where she noted a completely different landscape and the particular way in which fields were ploughed around trees. 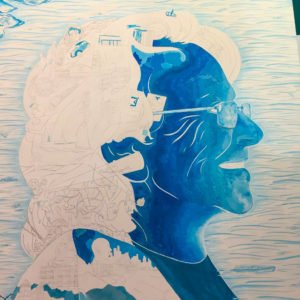 The bottom section shows Bea and her British classmates becoming tangled in knitting yarn as they ran to find shelter from German bombings. Below this is a wartime London, and underneath that the places where her parents, and (much later in history) her son Paul settled – Peru and San Francisco respectively. It was important to portray Bea’s story alongside examples from the current refugee crisis and to highlight that the Kindertransport is part of ongoing movements of displaced people.

The rich and detailed account that she was able to give is in stark contrast to people now seeking refuge, who without safe haven remain largely anonymous and unaccounted for. I have surrounded her story with a sea of these people in miniature and only visible on closer inspection, to try and communicate that they are great in need and number but remain largely invisible.

With many thanks to Bea & Paul Green and the Jewish Museum. 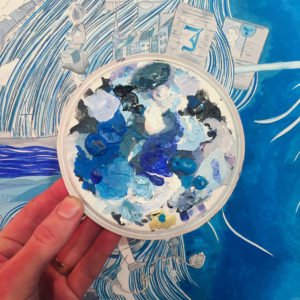 Posted in Curatorial by Eliana Mendelsohn on June 6th, 2019.