Anniversary of the London Jewish Hospital 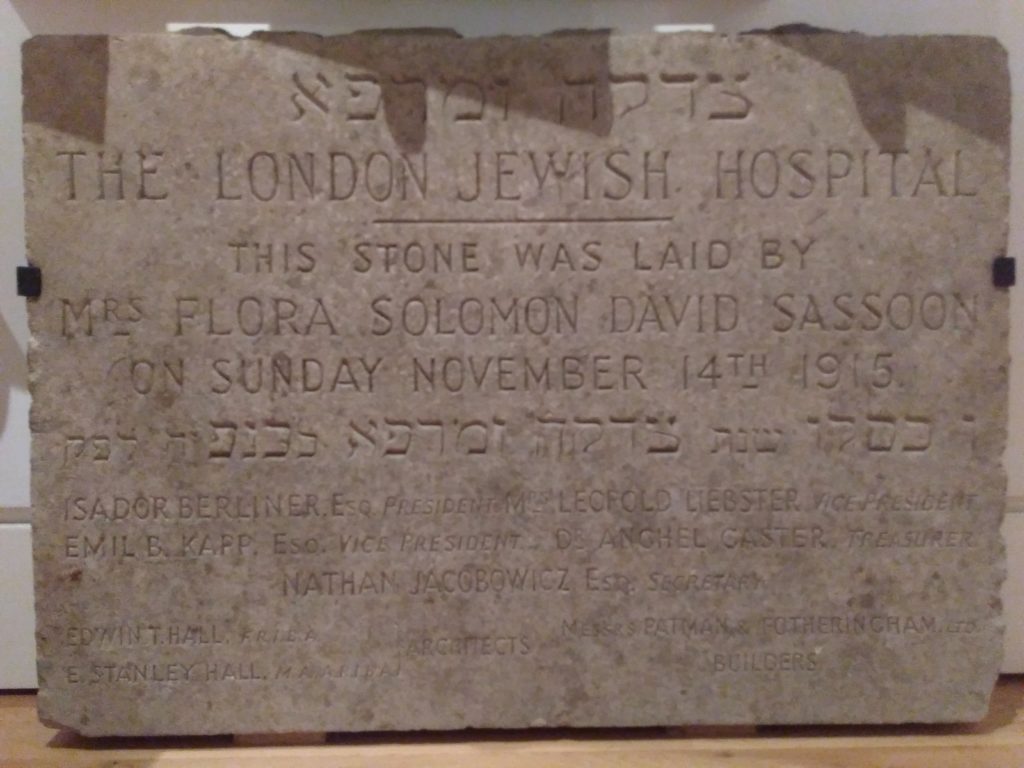 At the turn of the 20th century it is estimated that between 120,000 and 150,000 Jewish people from Eastern Europe settled permanently in England. For those settling in London, the East End became their home. For many, this meant new people, languages and traditions and trying to adapt was difficult, one of example of this was healthcare.

The official movement for a Jewish hospital began in January 1907. A small meeting held in the back room of a basement flat in the east end of London arranged by a gentleman called Isaac Berliner. Berliner had been born in Poland in 1871, he arrived in England in 1895. After spending time in Whitechapel infirmary, he felt the lack of consideration for his Jewish practices had caused him more pain and discomfort than his actual illness and vowed to dedicate all of his spare time into establishing a Jewish hospital in London. Vocal commentary from both sides of the argument immediately arose:

The minister at Hampstead Synagogue, Rev, A A Green:

The Jew who comes in is regarded more or less as an alien and when he can only speak Yiddish this is accentuated, it often happens that a Jew who wants to put on his hat when he takes his meals or wear his tefillin and say his prayers in the morning is sailed by all manner of comment’

However other comments include the Rev. Simeon Singer, minister of London new west end synagogue:

Our hospitals concern themselves solely with the need, not the creed, of the sufferers who seek their aid. The establishment of a distinctly Jewish hospital will, I fear, expose us to a very serious charge – What strange people these Jews are, our neighbours will say of us.

But a committee was established and subscriptions were to range from a penny a week. In June 1907, it was announced that the campaign had over 3000 members with more joining daily and in 1909 a site in Stepney Green was bought. Finances progressed but in 1914, greater events were to intervene, England declared war on Germany and all building work at the site was suspended.

However, eventually on 14th November 1915, the foundation stone was laid. You can see this stone in our history gallery. 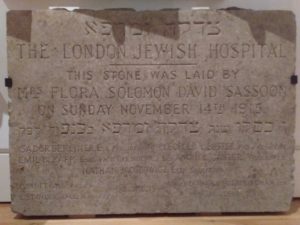 Work started in earnest and by May 1916, the outpatient department was completed however the hospital had to remain closed until after the war had ended as almost all the appointed staff were serving in the forces.

On 9th May 1919, 12 years after Berliner’s meeting, the London Jewish Hospital opened its doors to outpatients. With the exception of the sister in charge, the whole of the staff were Jews, most of whom could speak Yiddish. One patient noted ‘We were all so proud that everything in the Jewish Hospital was Jewish. Even the X-ray machines.’ 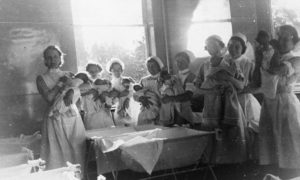 Berliner died in 1925, he was described by the Jewish Chronicle as a humble man with a humble vocation but who had managed to carve himself an enduring monument.