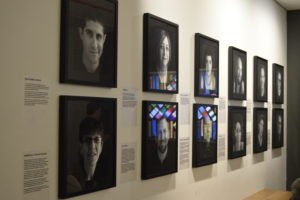 This month there are going to be more than 1500 events like talks, panels or tours taking place in order to promote the equality and the diversity of the LGBTQ+ community. The main method of doing that is by increasing visibility of the community, their history, lives and their experiences in educational institutions. Therefore this month is a month of raising awareness in order to stop homophobia, biphobia or transphobia.

The LGBT History Month was originally initiated in the United States of America in October 1994 to coincide with National Coming Out Day on October 11th.

In the United Kingdom, this month-long celebration is observed during the month of February as it is the same month of the abolition of section 28 in 2003, the Employment Equality Regulations in 2003 as well as the government’s proposal to bring in a single equality act and public duty. Section 28 of the local government act 1988 banned the “promotion” in schools of homosexuality being a “normal family”. The Employment Equality (sexual orientation) regulations, which prohibited employers unreasonably discriminating against employees on grounds of sexual orientation, religion or belief and age.

The Jewish Museum, as an educational institution is trying to be one of those “safe spaces” for people of all sexualities as well as races, religions, heritages, genders etc.

One gallery that represents the role of members of the LGBTQ+ community is the Living communities Gallery of the Jewish Museum. This Gallery tells the stories of many Jewish members of the LGBTQ+ community in the UK. This space is often used in our learning programmes, like school workshops and often encourages the students to ask more questions about the LGBT community on anonymous question cards, which are usually answered at the end of the workshops.

There are also many objects relating to the community. Next to rainbow Kippot in the learning handling collection, the living community’s portraits etc., the museum has displayed some objects in a temporary display case on the second floor in order to celebrate this month of awareness. One of these objects is a same-sex Ketubah, a Jewish marriage contract. The Ketubah is a ceremonial document, which states the fundamental conditions given by the Torah usually upon the husband and therefore using gendered language in orthodox communities. In reform communities, same-sex couples have been able to get married for 5 years now. In this case, the Ketubah treats the couple as two equals sharing the same rights and responsibilities.  It is a text describing their commitment to one another.

The Jewish Museum tries to help increase the visibility of the LGBTQ+ community by representing it through multiple objects. Spreading awareness is an important part of making a change and the change resulting of this important month is the representation in educational institutions, just like the Jewish Museum London.