Home » New Insights into the Kindertransport

New Insights into the Kindertransport 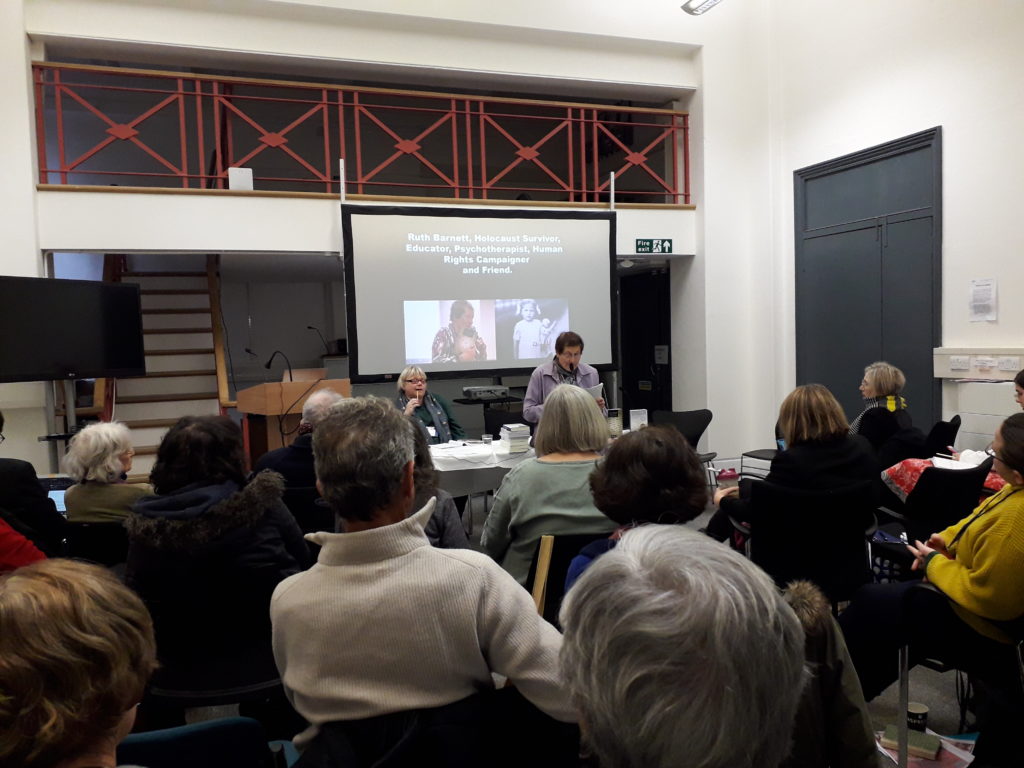 In 1938-39 approximately 10,000 mainly Jewish children from occupied Europe were able to come to Britain on the so-called Kindertransport (‘children transport’). For a long time their stories were little known and even today some of the descendants learn only after the death of their loved one that they were a kind. Only in the last 30 years or so, many kinder have come forward and told their stories in memoirs and oral histories; academics have started to explore the topic too. As a recent conference shows, however, many aspects of that wide field still need more in-depth analysis.

The ‘KT80 Symposium: The Kindertransport 80 Years On’ took place at University College London (UCL) 22-24 January and brought together researchers, museums, kinder and their descendants, and interested members of the public. It was quite different from other academic conferences insofar as it provided additional subjective insight into the topic. Ruth Barnett, a kind herself who has extensively worked with the Jewish Museum’s Learning Team, spoke from first-hand experience about the challenge of unlocking some of these difficult memories and about the purpose of commemoration; yet she also spoke from the perspective of a therapist who has worked with other child refugees and as an educator. Several members of the audience were able to add detail to their own family history through the conference while also bringing nuance to the research presented. Such exchanges give depth and meaning to academic research.

While the majority of speakers were historians, social scientists, linguists and literature specialists spoke as well. One panel explored the literature, poetry, novels and plays, that kinder or their descendants produced. Anita Barmettler (University of Limerick) showed well how heavily the memory of the separation from her mother weighed on poet Karen Gershon. Through her poetry transpires the guilt she felt until the very end of her life for not being sufficiently sad at the moment of her departure from a mother that she would never see again, because as a teenager she was also excited at the prospect of independence. The deep impact of the separation from their parents is an important aspect of the Kindertransport history that requires more research. One of the challenges academics face is that our existing knowledge relies on those kinder who have put their stories into the open in diaries, oral histories and memoirs, while many other stories, maybe including some of the most difficult ones, have never been told.

If some of the children’s experiences are difficult to uncover, then it is even more difficult to find out how the parents dealt with separation, distance and loss. Another important recent research interest concerns them, their own fate, their feelings when making the decision to let their children go, and also the development of their relationship with their children at a distance, through correspondence. The Wiener Library in collaboration with ‘Harwich Haven History Surrender and Sanctuary’ produced a travelling exhibition that focuses on those relationships. The increasing interest into experiences of families is also documented in the German TV mini-series entitled ‘Landgericht’, which is based on Ruth Barnett’s family history.

More research is also looking into the aid institutions and the motivations of the host families. Professor Paul Weindling (Oxford Brookes University) has researched the differing expectations of the Jewish organisers of the Kindertransport in Vienna who looked for places for children and those who aimed to place them in the UK. His findings reveal a considerable amount of selection going on at the receiving end as children with mental or physical disabilities, for instance, were refused a place on the transport. Dr Jennifer Craig-Norton (University of Southampton) also found in her PhD research that a surprising number of foster families did not host children for charitable reasons alone but were motivated primarily by the money received for fostering or because they hoped to gain free labour.

If recent research has contributed to deconstruct the myth of the Kindertransport as an unproblematic rescue mission, it has also helped to destroy the myth of British exclusivity. Whilst it is true that British aid organisations and thousands of volunteers rescued more children than any other nation, the efforts made in France, the Netherlands, Belgium and other countries led to the salvation of approximately another 5,000 children. Again, more work needs doing to compare these different rescue actions and the diversity of experiences made by children in different places.

Overall, this was an enlightening and stimulating conference that added many aspects to form a more comprehensive picture of a historical event that not only has long-reaching consequences for those directly affected, but that is also relevant to deal sensibly and sensitively with child migrants today. Because, as Ruth Barnett pointed out, ‘we have to learn from what was done and do what we did well better’, and ‘commemoration and education is good, but it is not successful without action’.