Home » “Music is like play-doh”: An Interview with Barney Ross-Smith

“Music is like play-doh”: An Interview with Barney Ross-Smith 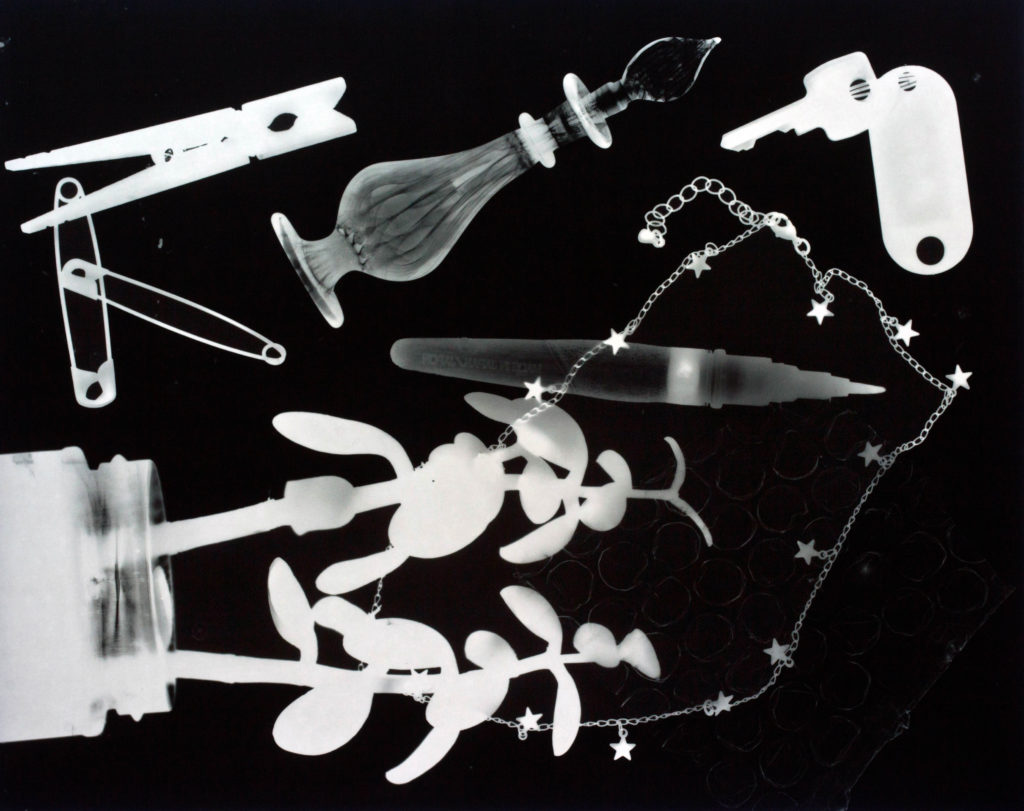 Sitting in a busy bar near Old Street, I (Sarah) caught up with electronic sound artist, Barney Ross-Smith to talk about his up-coming set for ‘Magnify’, an immersive audio-visual installation for the Capture Your World: Photography Late on the 7 February at the Jewish Museum. We discussed Roman Vishniac’s innovative photo-microscopy, the connection between Science and Art, and how ambient music artists manipulate sound:

S: What is it about Roman Vishniac’s photo-microscopy that has caught your attention and inspired you to create your original set for ‘Magnify’?

B: I see a lot of references to Vishniac’s work as ‘bridging the gap’ between Art and Science. However, what his work has helped me realise is that really they embody many similar values. Science isn’t an exclusively ‘precise’ study as opposed to art being exclusively ‘chaotic’, they are both precise and chaotic in different measures. My work aims to show their similarities.

S: I like that. Such a gap between the two disciplines doesn’t need to exist.

B: Exactly. Science is a precise study of the chaotic. With most artists, the methods they use to create their art are also very precise. There is a misconception that art is not bound by any laws in the way that people feel that science is. The world needs more artists like

Vishniac, or musicians like Tim Hecker, who can show us that Art and Science can go hand in hand.

S: Tim Hecker – I’ve never heard of him before. Who else has inspired your work?

B: Tim Hecker is great, he’s a Canadian ambient artist. Years ago before I started listening to ambient music, I thought it was, like Brian Eno said, “music you can ignore”, which it is sometimes, but Tim Hecker’s music is like, apocalyptic – so intense, but is still categorised as ambient. And William Basinski – I’ve been inspired by his manipulation of sounds. If you create the sample of a sound with an instrument that people are familiar with, with a standard pre-set from a computer or anything like that, if you then find ways to manipulate that, you can create something that no one’s heard before. That’s what keeps ambient music interesting. 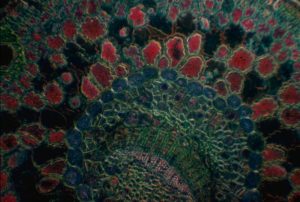 S: Yeah, I guess ambient music forces you to listen in new ways. You often tend not to take notice of sounds in your daily life so much. In the installation, visitors will be able to be completely immersed and listen very closely to the music and to the subtle manipulations of sound.

B: Right, it’s not background music! Since getting into the ambient genre, I find myself thinking ‘how did they do that?’ and I’ll go and do my research and find out. They used some very strange methods sometimes…

S: Do you think you’re learning a lot of new techniques whilst creating your set?

B: Yeah, and a lot of stuff that I’ll be performing, you can condense to a one minute sample. But music is like play-doh, you can really beat the living daylights out of it to make it sound how you want if you try hard enough. You can take a piano sample, which is what I’ll be doing, that is one minute long and stretch it out to ten minutes, so that it distorts. Pitch it down and it sounds nothing like it started.

S: So you’d never be able to tell it was even a piano making those sounds in the first place.

B: If that’s what you want – yeah. Nothing’s off the table. 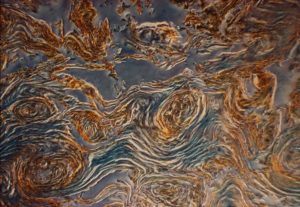 S: I’m so excited to hear what you’ve created. What do you think experimental photography and electronic music have in common?

B: The nature of film photography is experimental in itself. You never know what is going to come out. Especially with the experimental work that Vishniac was doing. It’s very similar, at least in the way that I like to approach electronic music when I try to manipulate sound. I normally don’t have an end goal. I think, ‘what will happen if I chuck some delay on this, or put an effect on incredibly strong’ just to see what kind of sound it will make. And most of the sounds that I really like, sound nothing like what I thought they would. Or I went in with no hopes or expectations for the sound anyway. This same free way of thinking applies to experimental film photography.

S: Yes film photography is exactly like that, you adjust the exposure you adjust the shutter speed, and you see what comes out. You don’t know how it’s going to come out until it does.

B: With Vishniac he was an experimental artist from the age of seven years old, he got a microscope and a camera for his seventh birthday.

S: And he put the two together!

B: I think that scientific curiosity and artistic impulse are very, very similar. You have a camera and a microscope. Take some pictures through the microscope and see what happens!

S: So how do you hope visitors will react to your set? What effects do you want to create with your music?

B: I’ve been trying to figure out how different tones and timbres and intensities of the music can bring out different moods and feelings from the photos. This is one of the reasons why I love them, you can look at a microscopic photo of his and with some incredibly intense music behind it, some incredibly noisy, bass-ey, ambient music, and it can feel almost nightmarish. But you could put the same photograph with some more optimistic and calming music, and that brings out the warmer tones in the green or something. And you might start to look at it with the same interest but it might draw you in in a friendly way, rather than in a ‘black-hole’ way. But his photos, they’re not happy, they’re not sad; they can suit different tones. You can’t attach an intrinsic emotion to them. So in the audio-visual installation, I hope people will think about how the sound and image combine to create different meanings.

S: I really like that answer and I think it links back to what you were saying at the start of the interview, about combining science and art. I think that having the photomicroscopy images combined with the ambient set that you will be creating will emotionally charge those photographs and turn them into fully fledged art pieces. I think that in and of themselves, they’re gorgeous, they’re really intriguing. But then with your music, they’re going to be elevated to provoke emotion.

S: How do you start to compose music, what triggers you to decide to sit down and start creating? Or do you set aside time in your day?

B: Sometimes I’ll sit down at the piano, and start to tinker with it, and before I know it, 6 hours will have gone by. Sometimes I feel like making music is time travel. It’s ridiculous how quickly time can go. But sometimes I’ve found that if you start something, and you have a good idea about it, but then you leave it, you’ll never go back to it. It’ll be one guitar line or one sample that will be there for months gathering dust in your computer. Sometimes it is really hard work trying to push your ideas forward, but you should, because otherwise they’ll just be left to rot.

S: We’re all looking forward to your set at the Jewish Museum on February 7th! Do you have any pre-set rituals?

B: I’m going to be checking out the exhibition and seeing if there is any last minute inspiration or any last thoughts I might have that will change how I might treat the set.

Barney will perform in ‘Magnify’ at 6.15pm in the auditorium at Capture Your World: Photography Late.