Home » The Kindertransport in its wider historical context

The Kindertransport in its wider historical context 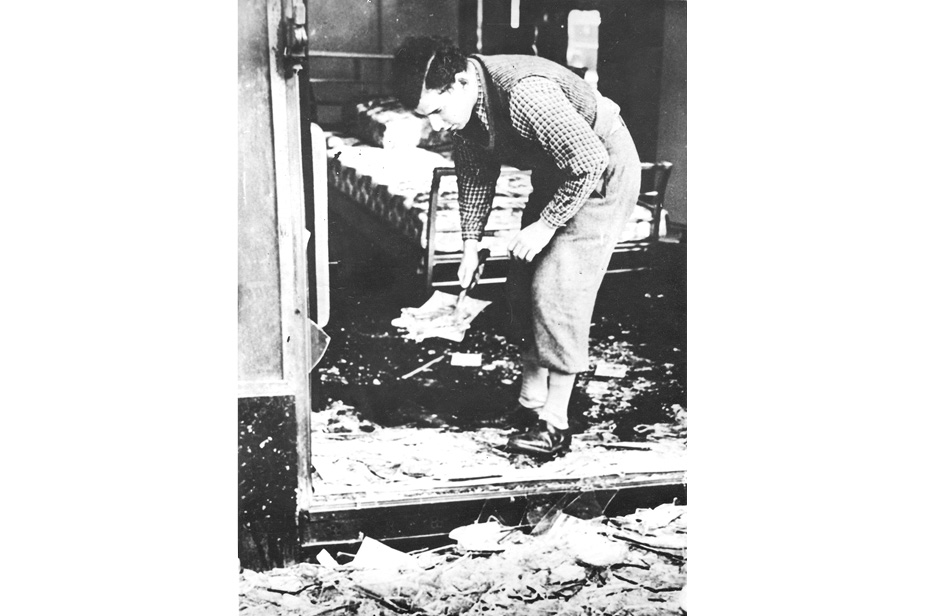 The clean-up of Kaliski and Co., Berlin after Kristallnacht, courtesy Wiener Library Collections.

1938 was the year of the Anschluss, the incorporation of Austria into Greater Germany. It was also the year the Nazis organised a brutal pogrom against Jews, Kristallnacht, during which they killed and hurt Jews, burnt down synagogues, looted and destroyed Jewish property, and incarcerated thousands. Those events made Jews aware of the immediate danger they were in and many desperately tried to emigrate. Around 10,000 children were enabled to find refuge in Britain through the rescue action called the Kindertransport.

As part of the exhibition ‘Remembering the Kindertransport: 80 Years on’ the Jewish Museum London joined forces with the Wiener Library, the Pears Institute for the Study of Antisemitism and The Second Generation Network and organised an event entitled ‘1938 in Retrospect’ that threw light onto the wider significance of these momentous events and the relationships between them. As the exhibition focuses on the individual perspectives of six kinder who came to Britain, the debate with three academics provided some important historical context drawing on the latest academic research on the subject.