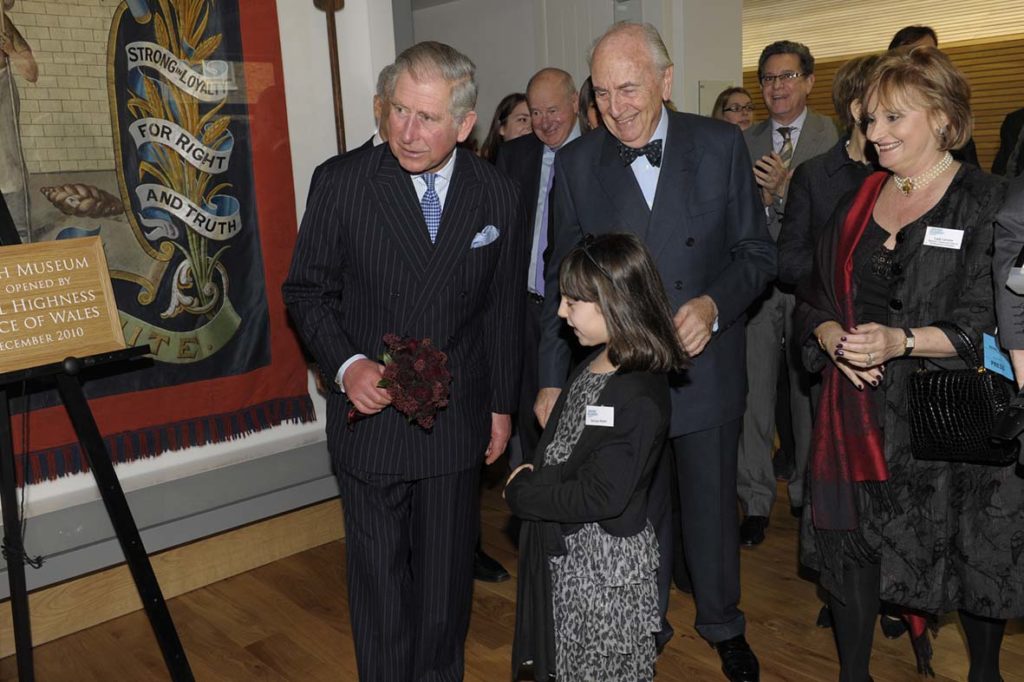 The Jewish Museum London is delighted to announce that His Royal Highness The Prince of Wales has agreed to renew his position as Patron of the Museum. HRH The Prince of Wales has been Patron since 2008, when the Jewish Museum became his first patronage of a Jewish community organisation with a remit in the United Kingdom, and he officially opened the Museum in 2010 after substantial redevelopment. 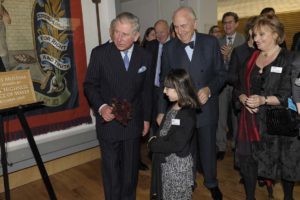 Speaking at the opening of the refurbished Camden home of the Jewish Museum London in 2010, HRH Prince of Wales said:

“Having come here three years ago with my wife, it’s been a great joy to return to see what you’ve managed to do. It is a wonderful way of discovering just what an enormous contribution the Jewish community has made to this country right back to 1066 and the fact that the contribution is still made in such a remarkable effective and constructive way is something that deserves enormous celebration as well as immense gratitude.”

The Jewish Museum London explores Jewish tradition and the history of the Jewish people in Britain from medieval times right up to the modern day, working with people of all backgrounds and faiths to provide an innovative learning experience. The Museum holds one of the finest collections of Judaica in the world, and in recognition of the outstanding importance of its collections as part of the national heritage, it has been awarded Designated status.

The extensive learning programme at the Jewish Museum London won it the Sandford Award for Education in 2012. The learning team provides curriculum linked workshops for schools covering Religious Education, History and Art. Over 14,000 young people annually particpate in Jewish Museum workshops. This is an important part of our interfaith work.